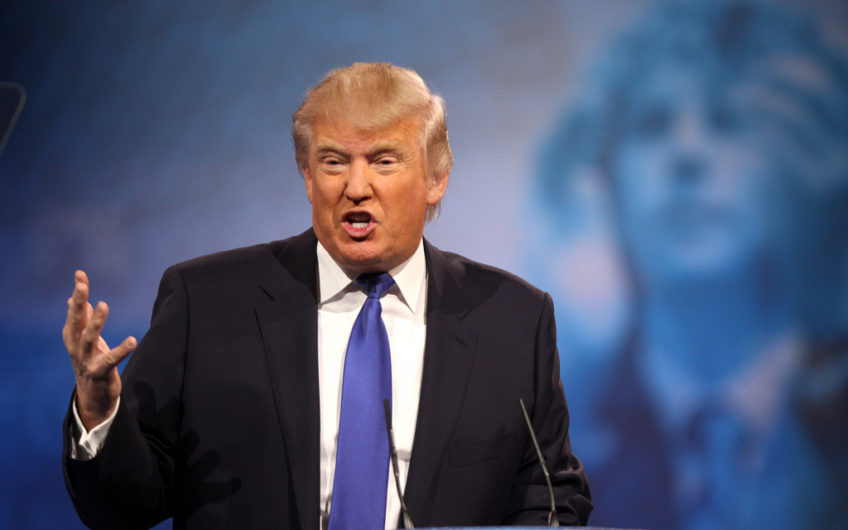 Family Guy’s no stranger to ripping into politicians but they’ve managed to piss off a lot of Republican supporters with their latest stunt.

In a bid to get an Emmy nomination, the cartoon’s creators have posted a cheeky image of the buffoonish Peter Griffin looking oddly similar to a certain perma-tanned, bewigged and presumptive Republican nominee, The Independent reports.

The caption reads: “As long as we’re voting for loud dumbmouths, can I get an Emmy?” And as you’ve probably guessed they’re making fun of everyone’s favourite human megaphone, Donald Trump.

Trump supporters of course weren’t best pleased the The Donald being compared to the drunken and stupid Peter Griffin, with some saying they’d never watch the show again.

The pic was posted on the official Family Guy Facebook page and angry commentators were keen to vent their fury.

Wehhhh he’s a loud mouth is all you can say as you mock the majority of REAL Americans voting for him. Trump is going to be president deal with it

Another comment reads ‘Family Guy literally became less funny as they hired more and more liberal writers’ while another angry writer stated: “TRUMP is the only candidate being loyal to the USA, and the only one who understands what’s going on at the border and within our borders.”

The shows creator, Seth McFarlane, is an outspoken liberal or in the words of one commenter ‘a liberal socialist douche’.

Finally one Trump fan decided enough was enough and walked away from the show saying: “Years of watching every episode of family guy, no more.”